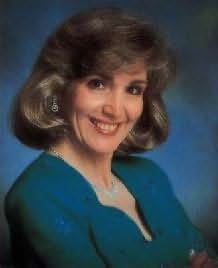 aka Jennifer Blake, Maxine Patrick, Patricia Ponder, Elizabeth Trehearne
Patricia Ann Maxwell was born on March 9, 1942 in a one hundred-twenty year old house constructed by her grandparents near Goldonna, Louisiana,where her family resided during seventh generation. She grep up in her parent's farm in Northern Louisiana.

At 15, Patricia married with Mr. Maxwell and they formed a happy family.At 21, she needed to be something more than a housewife and she began writing, she sold her first book at 27. She start writing gothic novels withher real name, Patricia Maxwell; she wrote one book in collaboration asElizabeth Trehearne and she singed a murder mystery and a romantic suspensestory as her maiden name, Patricia Ponder. When the gothic genre began todecay, she began to publish only romance genre, contemporany romances asMaxine Patrick and historical romances as Jennifer Blake, the only pseudonymthat she uses now.

This legend of the romance genre is called the "Steel Magnolia of women'sfiction" and gained New York Times Best Seller status since 1977, with *Love'swild desire*. An international best seller as well, she has been publishedin 18 languages with worldwide sales approaching 30 million. She was honoredwith the position as Writer-in-Residence for the University of NortheasternLouisiana, and is a charter, and honorary, member of Romance Writers ofAmerica.

Since 1998, Patricia and her husband have resided in a lakeside Caribbean-styled retreat in North Louisiana where they often entertainfriends and family.