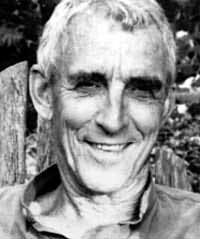 (1927 - 2014)
Peter Matthiessen was an American naturalist, author of historical fiction and non-fiction, and co-founder of The Paris Review. Matthiessen's work is known for its meticulous approach to research. He frequently focused on American Indian issues and history, as in his detailed study of the Leonard Peltier case, In the Spirit of Crazy Horse.

In his book The Snow Leopard, Matthiessen reports having a somewhat tempestuous on-again off-again relationship with his wife Deborah, culminating in a deep commitment to each other made shortly before she was diagnosed with cancer. She died in New York City near the end of 1972. She and Matthiessen had four children; the youngest of them, Alex Matthiessen, was 7 or 8 years old at the time of her death. In September of the following year, Matthiessen went on an expedition to the Himalayas with field biologist George Schaller.