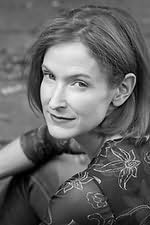 aka Stephanie Barron
Born in Binghamton, NY, Francine Stephanie Barron, went to school in Washington and majored in European History at Princeton. At that time she was working part time for The Miami Herald and The San Jose Mercury News. She also attempted a doctorate in history but gave up however achieving a masters. Barron later joined the CIA as intelligence analyst. She wrote her first book as Francine Matthews in 1992, Death in the Off-Season featuring Meredith Folger set in Nantucket, and left the agency a year later. In 1997 she wrote Jane and the Unpleasantness at Scargrave Manor, the first in the Jane Austen series, using the name Stephanie Barron.

Jack of Spies (2013)
(Jack McColl, book 1)
David Downing
"Vividly explores the worldwide intrigues that spawned World War I, through the all-too-human British spy Jack McColl and the lover he betrays."