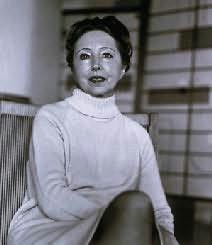 A great deal of her work, including Delta of Venus and Little Birds, was published posthumously.
Anaïs Nin's books for adults only