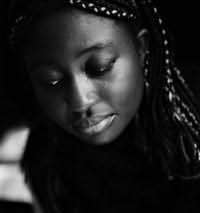 (b.1984)
Helen Oyeyemi is a British novelist. She was born in Nigeria and moved to London when she was four. She wrote her first novel, The Icarus Girl, while still at school studying for her A levels. After sending the first 20 pages to a publisher, she was offered two-book deal worth a rumoured £400,000. She studied Social and Political Sciences at Corpus Christi College, Cambridge, graduating in 2006. Whilst at Cambridge, two of her plays, Juniper's Whitening and Victimese, were performed by fellow students to critical acclaim and subsequently published by Methuen. In 2007 Bloomsbury published her second novel, The Opposite House which is inspired by Cuban mythology. She lives in London but currently resides in New York.

Collections
Juniper's Whitening / Victimese (2005)
The BBC National Short Story Award 2010 (2010) (with David Constantine, Aminatta Forna, Sarah Hall and Jon McGregor)
What Is Not Yours Is Not Yours (2016)

Things We Lost in the Fire (2017)
Mariana Enríquez
"These spookily clear-eyed, elementally intense stories are the business."

The Voyage of the Morning Light (2019)
Marina Endicott
"A beautiful book. It’s so lovely in its graveness, and in its comedy…The cut of the prose is so keen and the happenings are so finely wrought that it contorts where it can't help but contort, around the places where unanswerable grief comes into our lives."

How to Pronounce Knife (2020)
Souvankham Thammavongsa
"I love these stories. There's some fierce and steady activity in all of the sentences-something that makes them live, and makes them shift a little in meaning when you look at them again and they look back at you (or look beyond you)."

If I Had Your Face (2020)
Frances Cha
"Each voice in this quartet cuts through the pages so cleanly and clearly that the overall effect is one of dangerously glittering harmony. . . . As engrossing as a war chant, or a mosaic formed with blades, every piece a memento sharpened on those unyielding barriers between us and our ideal lives."
Visitors to this page also looked at these authors
Jeff VanderMeer
Brenda Novak
Stewart O'Nan
Michael Ondaatje
Paula McLain
Leone Ross
Daniel O'Malley
Morgan Jerkins
Paul Theroux
Haruki Murakami
Eric Jerome Dickey
Chuck Palahniuk
Maggie O'Farrell
David Rosenfelt
Joshilyn Jackson
Ruth Ozeki