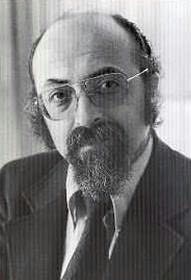 (1929 - 2002)
One of America's most popular Jewish writers, Chaim Potok is the author of such novels as The Chosen (1967), The Promise (1969), The Book of Lights (1981), and Davita's Harp (1985). Each of his novels explores the tension between tradition and modernity, and the clash between Jewish culture and contemporary Western civilization, which he calls "core-to-core culture confrontation."

Although primarily known as a novelist, Potok was an ordained Conservative rabbi and a world-class Judaic scholar who also published children's books, theological discourses, biographies, and histories.
Series
Chosen
1. The Chosen (1967)
2. The Promise (1969)