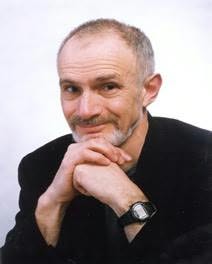 (Sean Christopher McMullen)
Australia (b.1948)
Sean Christopher McMullen is an Australian science fiction and fantasy author. He has a degree in physics and history from Melbourne University (1974) and a postgraduate degree in library and information science. He was a professional musician in the 1970s, concentrating on singing and guitar playing.

His first novel was originally published in Australia as two separate books, Voices In The Light (1994) and Mirrorsun Rising (1995). They were rewritten and combined for a publication in the US as Souls In The Great Machine (1999), which, in turn, became the first volume of the Greatwinter trilogy, a unique mix of the generally anti-genres Steampunk and Cyberpunk.

Graphic Novels
Walking to the Moon (2008)