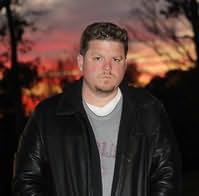 Eryk Pruitt is a screenwriter, author and filmmaker. He wrote and produced the short film FOODIE which went on to win eight top awards at over sixteen film festivals. His short fiction has appeared in The Avalon Literary Review, Thuglit, Pulp Modern, and Zymbol, among others, and he was a finalist for the Derringer Award. He is the author of the novels DIRTBAGS and HASHTAG. He is the host of the monthly radio show and podcast: The Crime Scene with Eryk Pruitt. He lives in Durham, NC with his wife Lana and their cat Busey.

Heaven's Crooked Finger (2017)
(Earl Marcus Mystery, book 1)
Hank Early
"Hank Early marches out of Harper Lee’s Alabama with a Southern Gothic detective story that will long leave readers catching their breath. This one leaves a mark. Early writes like kudzu: The seed drops in the first chapters. The reader should run, lest they soon find themselves entangled, unable to wrest themselves free."

101 (2018)
Tom Pitts
"Throw out everything you know about crime fiction. Tom Pitts, author of Hustle and American Static, returns with a plot stickier than an ounce of Humboldt County’s finest. 101 is typical Tom Pitts, the kind of novel that proves he’ll forever and ever have followers, trailing behind him begging for one more hit."