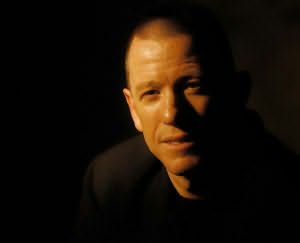 Australia (b.1957)
Michael Pryor was born in Swan Hill, Victoria. He spent his childhood in country Victoria and Melbourne before moving to Geelong at the age of 10. He lived in Geelong until he went to university in Melbourne after secondary school.

He currently lives in Melbourne with his wife Wendy and his two daughters Celeste and Ruby. He's worked as a drainer's labourer, a truck driver, a bathroom accessories salesperson, an Internet consultant, an Electronic Publisher, in a scrap metal yard and as a secondary school teacher.

Over forty of his short stories have appeared in Australia and overseas in publications such as Overland and the New South Wales School Magazine. His writing moves from literary fiction to genre Science Fiction to slapstick humour. He's been shortlisted three times for the Aurealis Award for Speculative Fiction, and has also been nominated for a Ditmar award. His short stories have twice been featured in Gardner Dozois' 'Highly Recommended' lists in The Year's Best Science Fiction and The Year's Best Fantasy. Two of his books have been CBC Notable Books. He's also twice won the Best and Fairest Award at West Brunswick Amateur Football Club.