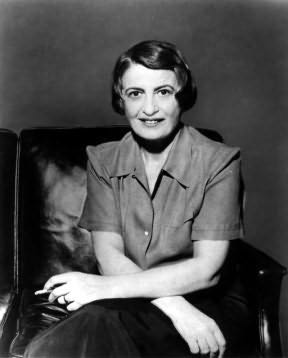 (Alissa Rosenbaum)
Russia (1905 - 1982)
Ayn Rand was a Russian-American novelist, philosopher, playwright, and screenwriter. She is known for her two best-selling novels and for developing a philosophical system she called Objectivism. Born and educated in Russia, Rand migrated to the United States in 1926. She worked as a screenwriter in Hollywood and had a play produced on Broadway in 1935-1936. She first achieved fame with her 1943 novel The Fountainhead. Over a decade later, she published her magnum opus, the philosophical novel Atlas Shrugged, in 1957.