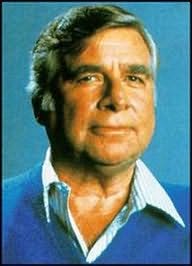 (1921 - 1991)
Eugene Wesley "Gene" Roddenberry, was an American screenwriter and producer. He became best known as the creator of what would become the science fiction universe of Star Trek. He would also become one of the first people to be "buried" in space. Roddenberry was a recipient of the Distinguished Flying Cross for his actions in the U.S. Army Air Corps in the Pacific Theatre of World War II. Roddenberry was sometimes referred to as the "Great Bird of the Galaxy" in reference to his role in Star Trek.