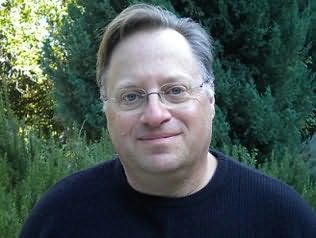 William Rabkin is a two-time Edgar Award nominee who writes the Psych series of novels and is the author of Writing the Pilot. He has consulted for studios in Canada, Germany, and Spain on television series production and teaches screenwriting at UCLA Extension and as an adjunct professor in UC Riverside's low-residency masters program.

William Rabkin has written and/or produced more than 300 hours of dramatic television. He served as showrunner on the long-running Dick Van Dyke mystery series Diagnosis Murder and on the action-adventure spectacle Martial Law. His many writing and producing credits include The Glades, Monk, Psych, Nero Wolfe, Missing, Spenser: For Hire, seaQuest 2032, Hunter and The Cosby Mysteries. He has also written a dozen network TV pilots. His work has been nominated twice for the Edgar Award for best television episode by the Mystery Writers of America.
He has published two books on writing for television, Successful Television Writing (2003), with Lee Goldberg and Writing The Pilot (2011) and five novels. He is the co-creator and co-editor of The Dead Man, a monthly series of supernatural action thrillers published by Amazons 47North imprint.

Rabkin, adjunct assistant professor of screen and television writing at the University of California, Riverside-Palm Deserts Low Residency MFA In Creative Writing and Writing for the Performing Arts, has lectured on television writing and production to writers, producers, and executives in Spain, Germany, Sweden, Norway, Belgium, The Netherlands and Brazil. He also currently teaches Beginning Television Writing and Advanced Television Rewriting Workshop for Screenwriters University.