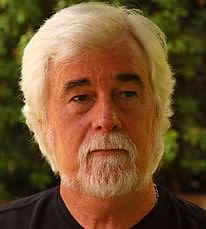 counselor since 1988. Many of his clients work in the entertainment industry.

Although primarily a novelist, Harry has contributed short stories and novellas to a number of genre magazines and anthologies including the highly praised Dark Delicacies II, Limbus 2, Brimstone Turnpike, Tales from the Gorezone, Small Bites, the JournalStone DoubleDown series, A Dark and Deadly Valley, and On Deadly Ground, a collection of western noir co-edited by veteran authors Ed Gorman and Dave Zeltserman. His definitive collection A Host of Shadows is now available on Kindle.

Mr. Shannons novels include the Mick Callahan suspense series, as well as CLAN, Daemon, Dead and Gone, The Hungry zombie books and All the Devils (co-written with Steven W. Booth), and the well-reviewed thriller The Pressure of Darkness. He won the Tombstone Award for Best Novel with CLAN and a Dark Scribble from Dark Scribe magazine. His story Night Nurse and fiction collection A Host of Shadows were each nominated for a Stoker Award by the Horror Writers Association. Otto Penzler selected Fifty Minutes (co-written with Joe Donnelly of Slake magazine) for inclusion in the Best American Mystery Stories of 2011. Harry scripted the film version of the camp horror novel DEAD AND GONE, produced and directed by Yossi Sasson, and played a bit part as the Sheriff. The film was released on DVD via Lions Gate in 2008.

Harry Shannon continues to write fiction and music. He sees clients, by appointment only, at a discreet office located in Studio City, California. He is married and has one child.

Series contributed to
Dead Man (with Lee Goldberg and William Rabkin)
6. Kill Them All (2011)