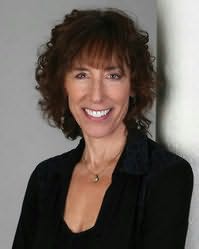 aka B A Shapiro
Barbara is the author of four suspense novels, all set in the Boston area: Blind Spot, See No Evil, Blameless and Shattered Echoes.

She has been called a "master of mystery" by the Boston Globe and "a master " by the Boston Herald. Robert B. Parker says her latest, Blind Spot, is "wonderfully crafted, beautifully written and solid as a rock." Gothic Journal proclaims See No Evil to be "a masterpiece," the reviewer for Mostly Murder maintains Blameless contains the "most effective, yet logically inevitable ending" she has ever read, and the Boston Globe declares Shattered Echoes "repeatedly touches a raw spot that can only be soothed by turning every page until it's over." Barbara's books have been translated into German, Greek, Japanese, and film rights have been optioned.

A sociologist who specializes in criminology and deviant behavior, Barbara has taught at Tufts University and is the author of the non-fiction book, The Big Squeeze: Balancing the Needs of Aging Parents, Dependent Children and You. She currently teaches creative writing at the Cambridge Center for Adult Education and is the co founder of "Novel Enterprises," a firm for which she produces and teaches one-and two-day seminars and workshops on novel writing. A member of the board of directors of the New England Chapter of Mystery Writers of America, and past president of the New England Chapter of Sisters in Crime, Barbara lives outside of Boston with her husband and two young children.
Novels
Shattered Echoes (1993)
Blameless (1995)
See No Evil (1996)
Blind Spot (1998)
The Safe Room (2002)