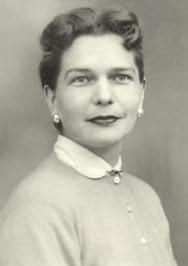 Corrine Holt Sawyer is the author of the Angela Benbow and Caledonia Wingate mystery series. Angela and Caledonia are "women of a certain age" living in the upscale retirement community of Camden-sur-Mer. Mystery and mayhem seem to follow the "retiring" women all over Southern California. The author of this bestselling mystery series was born in Minnesota and received her BA from the University of Minnesota in 1945. She moved to the south to attend the University of Birmingham where she received her PHD in 1954. Dr. Sawyer worked for many years in Radio and Television, teaching, writing and while at WNCT-TV in Greenville (NC), serving as director of broadcasting. In 1966, she moved from North Carolina to South Carolina, where for many years she taught English at Clemson University. Corrine Holt Sawyer continues to write the Angela and Caledonia mystery series.
Series
Benbow and Wingate
The J. Alfred Prufrock Murders (1988)
Murder in Gray and White (1989)
Murder by Owl Light (1992)
The Peanut Butter Murders (1993)
Murder Has No Calories (1994)
Ho-Ho Homicide (1995)
The Geezer Factory Murders (1996)
Murder Ole! (1997)
Bed Breakfast and Bodies (1999)