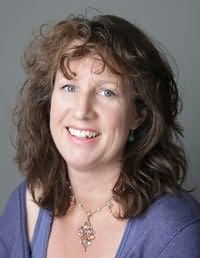 (b.1968)
Helen Smith is a member of the Mystery Writers of America, The Crime Writers Association and English PEN. She traveled the world when her daughter was small, doing all sorts of strange jobs to support them both from cleaning motels to working as a magician's assistant before returning to live in London where she wrote her first novel. She's the author of Alison Wonderland, Being Light, The Miracle Inspector and the Emily Castles mystery series as well as children's books, poetry and plays.

Helen Smith's books have reached number one on Amazon's bestseller lists in the US, UK, Canada and Germany. Her first book, Alison Wonderland, was one of Amazon Publishing's top five bestselling books when it was launched in the US in 2011. In July 2013, following the publication of Invitation to Die, Helen Smith reached the top spot as "America's most popular mystery author" on Amazon. Her books have been praised in The Times, The Times Literary Supplement, the Guardian, Time Out and Wired.com. They have appeared on "best books of the year" lists in For Books' Sake, The Cult Den, The Independent and the Guardian.

Helen Smith has been invited to read at literary events and festivals in London and New York and points in between including, most recently, a cruise ship en route to California via the Suez Canal. Her work has been read or performed at the National Theatre, The Royal Festival Hall, the Victoria and Albert Museum of Childhood, Amnesty Internationals Headquarters, The Edinburgh Festival and The University of London. Shes a Literary Death Match champion and the recipient of an Arts Council of England award.