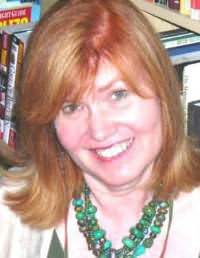 (b.1944)
Author of 20 mystery novels and a YA paranormal adventure called BAD GIRL SCHOOL (formerly CURSEBUSTERS!). Nine of the mysteries are about a female New Orleans cop Skip Langdon, five about a San Francisco lawyer named Rebecca Schwartz,two about a struggling mystery writer named Paul Mcdonald (whose fate no one should suffer) and four teaming up Talba Wallis, a private eye with many names, a poetic license, and a smoking computer, with veteran P.I. Eddie Valentino.

In Bad GIRL SCHOOL, a psychic pink-haired teen-age burglar named Reeno gets recruited by a psychotic telepathic cat to pull a job that involves time travel to an ancient Mayan city. Hint:It HAS to be done before 2012!


Winner of the 1991 Edgar Allen Poe Award for best novel, that being NEW ORLEANS MOURNING.

Former reporter for the New Orleans TIMES-PICAYUNE and the San Francisco CHRONICLE.