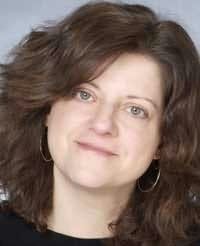 Daughter of Michael Shaara, sister of Jeff Shaara
Lila Shaara was born in Tallahassee, Florida, the daughter of a Italian-American writer and a German-American social worker. She attended a number of colleges before finishing her BA in religious studies at Duke University, then received a masters degree in archeology and a PhD in cultural anthropology at the University of Pittsburgh. Shaara has had many jobs, including (in no particular order) disc jockey (jazz, classical and beautiful music), talk show producer, secretary, bartender, waitress, crew member at a fast food chain, university professor, high school teacher and in her lowest moment, a job handing out free cigarettes to homeless people on street corners. She has also sung and played guitar in various alternative rock bands, including the first all-female punk band in North Carolina. She currently resides in western Pennsylvania with her husband, two children, and numerous cats.
Novels
Every Secret Thing (2006)
The Fortune Teller's Daughter (2008)