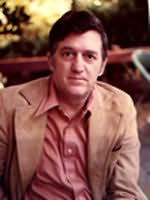 (1929 - 1988)
Father of Jeff Shaara and Lila Shaara
Michael Shaara was an American writer of science fiction, sports fiction, and historical fiction. He was born to Italian immigrant parents (the family name was originally spelled Sciarra) in Jersey City, New Jersey, graduated from Rutgers University in 1951, and served as an airborne infantry officer in the Korean War.

Shaara's son, Jeffrey Shaara, is also a popular writer of historical fiction; most notably sequels to his father's best-known novel. His most famous is the prequel to The Killer Angels, Gods and Generals.