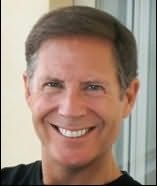 Japan (b.1961)
Christopher Reich worked for a major Swiss bank in Geneva before joining its department of mergers and acquisitions in Zurich. In 1995 he decided to pursue writing full-time. He lives in California and Switzerland with his wife and children.

Epitaph (2001)
James Siegel
"By turns compelling, touching, and terrifying, EPITAPH is a fine read. James Siegel is a great new talent, a keen student of the human condition as well as one helluva storyteller. I thoroughly enjoyed it."

Free Agent (2009)
(Paul Dark Trilogy , book 1)
Jeremy Duns
"Free Agent is a sleek, fast-paced tale of espionage and international intrigue that held me utterly entranced. Duns is an exceptional talent. As I rapidly turned the pages, I was transported back to the heyday of spy fiction and reminded of the best of Le Carre, Deighton, and Forsyth. Recommended without reservation."

Dead Men's Dust (2009)
(Joe Hunter Thriller, book 1)
Matt Hilton
"A dose of pure rocket fuel. Starts fast, gets faster, and doesn't quit right through to the slam bang finale. Dead Men's Dust is as enjoyable a thriller as you will read this year, and I do mean 'Thriller!'. My ears are still ringing with gunfire! I loved this book."

The Geneva Deception (2009)
(Tom Kirk, book 4)
James Twining
"Twining is a worth successor to Forsyth, Follet, and Higgins."

Codename Villanelle (2015)
(Killing Eve, book 1)
Luke Jennings
"What a sleek, sophisticated, fabulously entertaining tale! Codename Villanelle is a breathtaking ride through the cobblestone streets of Europe in the fastest of cars and driven by the most alluring, and dangerous, of drivers. Absolutely first rate!"

Overwatch (2016)
(Logan West, book 1)
Matthew Betley
"A gripping, fast-paced, and frighteningly real tale told with bravado and expertise by someone who was there! Wall to wall action from start to finish. You will not put this book down!"

The Consultant (2018)
(Jonathan Hunter Thriller, book 1)
Tj O'Connor
"The Consultant is a flat out, dynamite read. Fast paced, compelling, and all too real. O'Connor writes with authority and the pages fly by almost too quickly. My favorite kind of thriller, reminiscent of the best Ludlum and Forsyth."

Death Notice (2018)
(Death Notice, book 1)
Zhou Haohui
"Death Notice is a gritty, hard-hitting page turner set on the mean streets of a China you’ve never seen before. A first rate tale of criminal intrigue right up there with the best of Michael Connelly and Jo Nesbo . . . but with a tang all its own. Highly recommended!"

Safe (2020)
S K Barnett
"All I can say is WOW. This is the very definition of a page-turner. Compulsively readable from the beginning and then as you get past that first twist, absolutely riveting. The kind of ‘pull the carpet out from under you’ blockbuster that made The Girl on the Train and The Woman in the Window such huge hits. What a diabolical read! Should be a #1 bestseller!!"

Love and Theft (2020)
Stan Parish
"Well now! I just read the next great American crime novelist. Love and Theft is a smart, electric, totally original tale that I absolutely could not put down. To put it simply, this is a fast, fantastic, entirely satisfying read. Fans of Elmore Leonard rejoice. Stan Parish has arrived!"