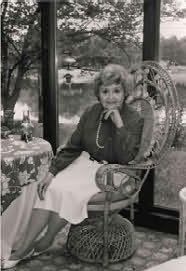 (1910 - 2011)
Linda Shuler (1910-2011) was a brilliant, creative, ambitious woman born before her time. She wrote and produced for radio in the days women were expected to stay at home, receiving awards against conglomerate giants. Television was a new medium at the time, and she jumped right into it, writing, producing, and directing travel documentaries for the Texas Highway Department, writing and producing a traffic courtroom series, and establishing radio/TV workshops. The biggest accomplishment in her film life was when she wrote, directed, and produced a fivescreen film, the first of its type. Sponsored by Humble Oil (Exxon), it was presented at the 1968 Hemisfair in San Antonio, in a circular building created especially for it. But perhaps her most lasting professional accomplishments were her three novels.