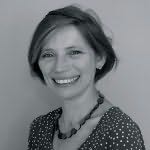 Lydia Syson is a fifth-generation North Londoner who now lives south of the river. Although writing a novel was a very early ambition, it took her rather a long time to get round to A World Between Us.  In the meantime, she went from being a World Service radio listener in Botswana to a producer in London, leaving the BBC after her first child was born. Three more children later she wrote a biography of Britains first fertility guru, Doctor of Love: James Graham And His Celestial Bed, telling the full story of the charismatic eighteenth-century electric doctor. Getting to Timbuktu is still on the to do list &#160explorers, poets and Timbuktu fever were the subject of the PhD she finished in 2003 but the political situation makes that unlikely for the foreseeable future. This years travels have been closer to home: her next YA novel for Hot Key Books is set mainly on Romney Marsh.