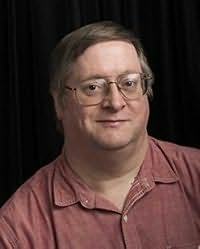 Martin L. Shoemaker is a programmer who writes on the side… or maybe it’s the other way around. He told stories to imaginary friends and learned to type on his brother's manual typewriter even though he couldn't reach the keys. (He types with the keyboard in his lap still today.) He couldn't imagine any career but writing fiction... until his algebra teacher said, "This is a program. You should write one of these."

Fast forward 30 years of programming, writing, and teaching. He was named an MVP by Microsoft for his work with the developer community. He is an avid role-playing gamemaster, but that didn't satisfy his storytelling urge. He wrote, but he never submitted until his brother-in-law read a chapter and said, "That's not a chapter. That's a story. Send it in." It won second place in the Baen Memorial Writing Contest and earned him lunch with Buzz Aldrin. Programming never did that!