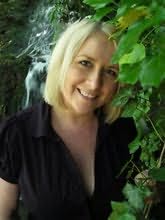 Award winning author Sam Stone began writing aged 11 after reading her first adult fiction book, The Collector by John Fowles. Her love of horror fiction began soon afterwards when she stayed up late one night with her sister to watch Christopher Lee in the classic Hammer film, Dracula. Since then she's been a huge fan of vampire movies and novels old and new.

Sam's writing has appeared in many anthologies for poetry and prose. Her first novel was the fulfilment of a lifelong dream. Like all good authors she drew on her own knowledge and passions to write it. The novel won the Silver Award for Best Horror Novel in ForeWord Magazine's book of the year awards in 2007.

An eclectic and skilled prose writer Sam also has a BA (Hons) in English and Writing for Performance and an MA in Creative Writing, which means that she is frequently invited to talk about writing in schools, colleges and universities in the UK. She is said to be an 'inspirational' speaker.

Novellas
The Darkness within (2013)

Anthologies edited
Olive Hawthorne and the Daemons of Devil's End (2017)