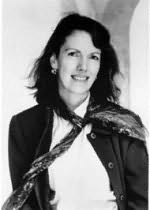 Canada (b.1949)
Jane Urquhart was born in the tiny mining town of Little Long Lac, about 200 miles north of Thunder Bay, Ontario. She was the second of three children and the only daughter of Marian (Quinn) and Walter Carter, a prospector and mining engineer. The family lived in their northern outpost until they moved to Toronto when Jane was six. Educated at Havergal College, she attended a junior college in Vancouver for one year before entering the University of Guelph, where she obtained her BA in English Literature in 1971. While there, she met visual artist Paul Keele, and they were married in 1968. Keele was killed in a car accident in 1973; Jane then returned to the University of Guelph to study Art History, obtaining her second BA in 1976. The same year, she married visual artist Tony Urquhart. The Urquharts have one daughter, Emily, born in 1977.