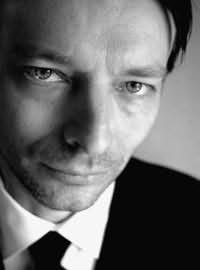 Toby Venables is a novelist, screenwriter and lecturer in Film Studies at Anglia Ruskin University in Cambridge. He grew up watching old Universal horror movies when his parents thought he was asleep, reading 2000 AD and obsessing about Beowulf. There was probably a bit more to it, but he can't quite remember what it was.

He has since worked as a journalist and magazine editor launching magazines in Cambridge, Peterborough, Oxford and Bristol and once orchestrated an elaborate Halloween hoax for which he built and photographed a werewolf. He still works as a freelance copywriter, has been the recipient of a radio advertising award, and in 2001 won the Keats-Shelley Memorial Prize (both possibly due to typing errors).

His first novel (for Abaddon) was The Viking Dead a historical-zombie-SF mashup which has been described as "A fantastic mix of history, violence and horror" and "ludicrous fun."

Series contributed to
Tomes of the Dead
1. The Viking Dead (2011)

Best of Tomes of the Dead (with Paul Finch and Matthew Sprange)
3. The Secret Zombie History of the World (omnibus) (2013)