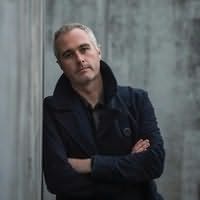 Adrian J Walker was born in the bush suburbs of Sydney, Australia in the mid 70s. After his father found a camper van in a ditch, he renovated it and moved his family back to the UK, where Adrian was raised.

Ever since he can remember, Adrian has been interested in three things: words, music and technology, and when he graduated from the University of Leeds, he found a career in software. His novel The End of the World Running Club, a post-apocalyptic running fable about hope, love and endurance, will be published by Del Rey in 2016.

He lives in London with his wife and two children.

Eden (2020)
Tim Lebbon
"I can smell Eden, I can feel it, I can see it. But I want no part of it. Your senses will tingle and twitch as you journey through a forest of hellish life made real by Tim Lebbon’s rich prose and slick action sequences. You’ll be running behind the team right to the end, and then you’ll want to return to the start of the book to warn them—turn back. This is horror at its best, a terrifying nightmare of nature’s darkest depths ramped up to eleven, but also a love letter to adventure running, and to nature itself. Highly recommended."
Visitors to this page also looked at these authors
Peter May
Chuck Wendig
Harry Turtledove
Tim Lebbon
Stephen King
Peter James
Anthony Horowitz
Dan Brown
Drew Williams
Ken Follett
Lisa Gardner
Adrian Tchaikovsky
Susan May Warren
Andy Weir
Laura Lam
Nicholas Sansbury Smith