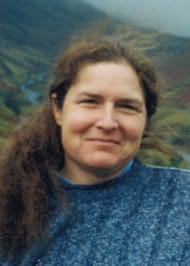 Carol Wolf earned a BA in History at Mills College, and an MFA in Drama-Play writing at the Mason Gross School of the Arts at Rutgers, where she was a Levin Scholar. Her plays have been seen on both coasts and on five continents, and include The Terrible Experiment of Jonathan Fish, Jacalyn, Day/BlackNight/Morning, and The Thousandth Night, which won the London Fringe First, the Bay Area Critics Circle Award, and the L.A. Drama Critics Circle Award. Wolf taught Masters classes in Play writing at Manhattan College and Mills College, and for ten years headed the play writing program at Foothill College.

Wolf wrote the scripts for the blockbuster video games Blood Omen: Legacy of Kain, and Legacy of Kain: Defiance. She co-founded the micro-budget film company Paw Print Studios, for which she wrote and directed two feature films, The Valley of Fear, and Far from the Sea, and is currently in production with the documentary, Letters to my Grandchildren.

Wolf was a long-time member of the SCA (as Andrea of Clear Mount) and was the fifth woman knight. She presently studies Iaido in which she earned her black belt last summer.

Wolf lives in the foothills of the California Sierra Nevadas in with her husband, two border collies, and a varying number of sheep.
Series
Moon Wolf
1. The Summoning (2012)
2. Binding (2014)