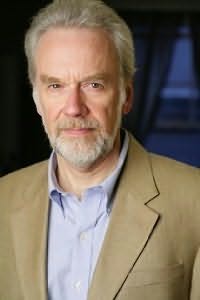 (b.1948)
Chet Wiliamson sold hisfirst story in 1981. Since then he's published twenty-five books and over a hundred short stories in anthologies and such magazines as The New Yorker, Playboy, Esquire, The Magazine of Fantasy and Science Fiction, and many others.

His work has been adapted for film and TV, and has been published worldwide. Mr. Williamson won the International Horror Guild Award, and been shortlisted for the World Fantasy Award (twice), the MWAs Edgar, and the HWAs Bram Stoker Award (six times). He write plays as well as fiction.

Also a member of Actors Equity Association who occasionally acts in professional theaters in his area, the author has a fine, trained voice and the rare ability to narrate his own books in a manner that truly brings them to life.