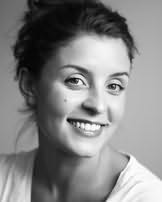 (b.1982)
Jessie Burton studied at Oxford University and the Central School of Speech and Drama, where she appeared in productions of The House of Bernarda Alba, Othello, Play and Macbeth. In April 2013 her first novel, The Miniaturist, was sold at an 11-publisher auction at the London Book Fair, and went on to sell in 29 other countries around the world. It was published by Picador in the UK and Holland in July 2014, and the USA in August 2014, with other translations to follow. Radio 4 commissioned it as their Book at Bedtime in July 2014. She is currently writing her second novel.

The Versions of Us (2015)
Laura Barnett
"I simply adored this wonderful novel."

Ghost Wall (2018)
Sarah Moss
"This book ratcheted the breath out of me so skilfully, that as soon as I'd finished, the only thing I wanted was to read it again."