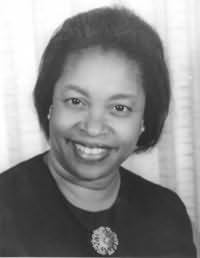 Her father Sigismund C. Walker was a Methodist minister and her mother was Marion Dozier Walker. They helped get her started in literature by teaching a lot of philosophy and poetry to her as a child.

In 1935, Walker received her Bachelors of Arts Degree from Northwestern University and in 1936 she began work with the Federal Writers' Project under the Works Progress Administration. In 1942 she received her master's degree in creative writing from the University of Iowa. In 1965 she returned to that school to earn her Ph.D. She also for a time served as a professor at what is today Jackson State University.

Her literature generally contained African American themes. Among her more popular works were her poem For My People, which won the Yale Series of Younger Poets Competition and her 1966 novel Jubilee, which received critical acclaim. In 1988 she sued Alex Haley, claiming his novel Roots: The Saga of an American Family had violated on Jubilee's copyright. The case was dismissed.