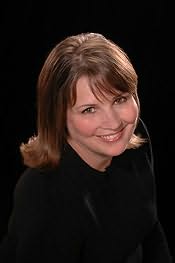 Amanda grew up in Bradford, Arkansas, a tiny hamlet nestled between the flat mosquito-infested bottomland of the delta and the rocky foothills of the Ozarks, an area steeped in folklore. Those old legends and an innate fascination for the strange and unusual helped cultivate a vivid imagination.

Amanda considers storytelling a part of her heritage. "Someone once said the South is home to people who love to talk. This is especially true of the rural South where I grew up." Her high school literature classes provided an early influence where she was drawn to the darker stories of Nathaniel Hawthorne and Edgar Allen Poe, but it was the southern gothic that truly inspired her. The strong sense of place--dusty back roads and moonlit bayous, simmering secrets and fragrant, sweltering heat--provided a powerful backdrop to the despair and desperation of the wayward souls that peopled classic southern literature. Amanda uses those same elements in her thrillers, which can best be described as "creepy, southern suspense."

Before she became a full-time writer, Amanda worked for the United States government and was issued a security clearance at the age of twenty-two. She has also worked in the oil and energy field, has a passion for alternative eighties music and is a self-proclaimed conspiracy theory nut.

Series contributed to
Dreamscapes : Whispers of Love
The Seventh Night (1993)
The Perfect Kiss (1993)

Her Protector
4. The Second Mrs Malone (1997)
aka What She Forgot

Mists of Fernhaven
The Edge of Eternity (2005)