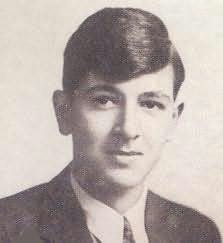 aka Gavin Black
Oswald Wynd was born in Japan to Scottish missionary parents in 1918. He was captured by the Japanese during World War II and spent time in a Japanese prison camp in Hokkaido where he used his Japanese language skills to help other prisoners of war. When he returned from the war he began to write novels, most of which were set in Asia. Some were written under his own name, while others (mainly thrillers) were written under the name of Gavin Black.