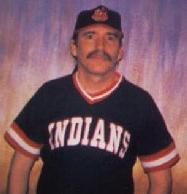 He was a part of the Clarion class of 1970 and had three stories in the first Clarion anthology. His first published story was "The Eight-Thirty to Nine Slot" in Fantastic in 1971. During his early period, he also published under a variety of pseudonyms. Throughout his life, Effinger suffered from health problems. These resulted in enormous medical bills which he was unable to pay, resulting in a declaration of bankruptcy. Effinger died in New Orleans, Louisiana.

Songsmith (1992)
(Witch World : High Hallack Cycle, book 10)
A C Crispin and Andre Norton
"Andre Nortton and A C Crispin are giants in the field of fantasy, and SONGSMITH combined the best of their strengths."