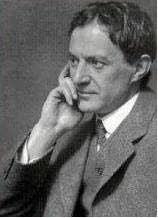 aka Walter Ramal
Walter de la Mare was one of the leading poets and novelists of the twentieth century. His writings are known throughout the world, and have been translated into numerous languages. He wrote poetry and fiction for both adults and children. He is loved and admired equally by the young and the old. Together with the Complete Poems, published in 1969 and also edited by Giles de la Mare, Short Stories I, II and III will provide the definitive text of all Walter de la Mare's creative writings apart from his three full-length novels, Henry Brocken, The Return and Memoirs of a Midget. De la Mare was in addition an anthologist of genius and an outstanding literary critic, serving as the main critic on the TLS for over a dozen years.
Series
Four Seasons of Walter de la Mare
Summer Evening (2018)
Snow (2018)
Silver (2019)
The Ride-by-Nights (2019)

Non fiction
Desert Islands (1930)
Private View. A collection of essays on literature (1953)
Early One Morning in the Spring (2011)