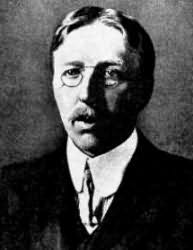 aka Daniel Chaucer, Fenil Haig
Ford Madox Ford was the author of over 60 works: novels, poems, criticism, travel essays, and reminiscences. His work includes The Good Soldier, Parade's End, The Rash Act, and Ladies Whose Bright Eyes. He worked as the editor of the English Review and the Transatlantic Review and collaborated with Joseph Conrad on The Inheritors, Romance, and other works. Ford lived in both France and the United States and died in 1939.
Series
Fifth Queen trilogy
1. The Fifth Queen (1906)
2. Privy Seal (1907)
3. The Fifth Queen Crowned (1908)