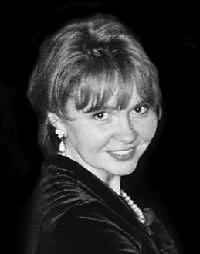 Born in Pensacola, Florida, Phaedra is the eldest of four children. She began writing in notebooks with her best friend in middle school, rewriting their favorite television shows into what they believed were better endings. Or at least better plots.

After leaving college for a job in the Graphic Arts industry, Phaedra continued her love of writing in her spare time and was lucky enough at a writer's conference to meet Dean Wesley Smith, who later became her writing mentor, along with his wife, the bestselling mystery/fantasy/romance/science fiction writer, Kristine Kathryn Rusch.

Phaedra lives in Atlanta, Georgia with her husband, daughter, cat and dog. When not writing, she and her daughter spend their time playing games, letterboxing, or watching anime (FULL METAL ALCHEMIST, ADVENT CHILDREN, SPIRAL, DNANGEL, INUYAHSA, ETC.) as they practice drawing MANGA and Daddy sleeps on the couch.

Star Trek : The Next Generation: Slings and Arrrows
2. The Oppressor's Wrong (2007)