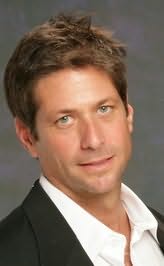 Martin Jay Weiss was born and raised in Chicago. He earned a BS in Journalism from the University of Illinois and an MFA in film and TV from New York University. He has written, directed, and produced numerous commercials and films, and has worked throughout North and South America, Eastern and Western Europe, and Southeast Asia. He's garnished several film festival accolades, as well as Amazon Studios' $20,000.00 Best Screenwriting Award. His commercials have won Clios, Cannes Lions, Addys, and One Show Pencils. Some have premiered on the Super Bowl and are displayed in the permanent collection at New York Museum of Modern Art. His novels "The Second Son" (2018) and "Flamingo Coast" (2019) are published by Rare Bird Books. Weiss lives in California with his wife and children.