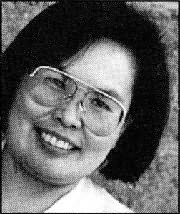 (b.1960)
Velma Wallis (born 1960) is a Gwich'in Athabascan Indian and bestselling U.S. novelist. Her work has been translated into 17 languages.

She was born and raised in a remote Alaskan village near Fort Yukon, approximately 200 km north-east of Fairbanks. This location could be accessed only by riverboat, airplane, snowmobile or dogsled. Velma grew up among twelve siblings. Her father died when she was thirteen years old, and she stayed out of school to help her mother with the household. (She later went on to receive her GED diploma, which is a High School equivalent.)

About twelve miles away from the village, her father had once built a small cabin in the wilderness. He had been an active hunter and trapper. Some time after his death Velma surprised her family and friends by leaving home and living in the cabin for some years. She perfected her trapping, fishing and hunting skills and lived on what she could provide for herself. At one point her mother joined her during the summer to teach her more of the traditional skills needed to survive. In this area, where the Porcupine River flows into the Yukon River, Velma Wallis lived an independent lifestyle. These experiences led directly to her first book, Two Old Women, which astonished her publisher by selling 1.5 million copies worldwide.

Velma Wallis, who has three daughters and a son, now divides her time between Fairbanks and Fort Yukon.
Novels
Two Old Women (1993)
Bird Girl & the Man Who Followed the Sun (1996)
Left Behind (2006)