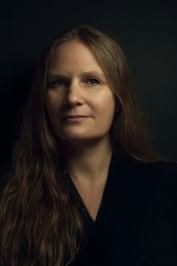 LIDIA YUKNAVITCH IS THE AUTHOR of the debut novel Dora: A Headcase (Hawthorne Books), and the memoir The Chronology of Water (Hawthorne Books), as well as three books of short fictions-Her Other Mouths, Liberty's Excess (FC2), and Real to Reel (FC2), and a critical book on war and narrative, Allegories of Violence (Routledge). Her writing has appeared in publications including Ms., The Iowa Review, Zyzzyva, Another Chicago Magazine, The Sun, Exquisite Corpse, TANK, and in the anthologies Life As We Show It (City Lights), Wreckage of Reason (Spuytin Duyvil), Forms at War (FC2), Feminaissance (Les Figues Press), and Representing Bisexualities (SUNY), as well as online at The Rumpus. She writes, teaches and lives in Portland, Oregon with the filmmaker Andy Mingo and their renaissance man son Miles. She is the recipient of the Oregon Book Award - Reader's Choice, a PNBA award, and was a finalist for the 2012 Pen Center creative nonfiction award. She is a very good swimmer.

The Night Language (2017)
David Rocklin
"Not since Michael Ondaatjeâ€™s The English Patient have I read a novel in which a characterâ€•The story and skinsong of Alamayouâ€•has haunted language, history, and heart so intensely. David Rocklin's novel The Night Language is a book of longing. Longing for history to unravel and retell itself around those whose buried voices and bodies truly mattered, longing for time to reverse and make decolonization possible, power giving way to intimacy, longing for art to bring a body back home, longing for language to unmoor itself and bring us back to life. If you read one novel this year, let it be The Night Language. It is still possible for a readerâ€™s heart to be broken back open."

Don't Skip Out on Me (2018)
Willy Vlautin
"No one anywhere writes as beautifully about people whose stories stay close to the dirt. Willy Vlautin is a secular—and thus real and profoundly useful—saint."

The Night Child (2018)
Anna Quinn
"I loved this book.Quinn is hanging with the big dogs...like Jodi Picoult and Ann Patchett... Readers will love it."

Any Man (2018)
Amber Tamblyn
"Get ready to hold your breath. Amber Tamblyn’s Any Man is a genre-bending gender-bending brilliant blow torch of a debut novel amplifying the complexities of sexual violence and the radical costs of survival. At the center of the novel is a serial rapist named Maude who reduces the men in her path to objects of prey. We’re not used to thinking of this equation, and that’s the point. This is the story of a monstrous woman made from the darkness inside all of us, a woman who meets patriarchy head-on and shreds it, leaving men traveling the journey that women must make every day of their lives--not the hero’s journey, but the victim’s. Not to emerge heroic and victorious, but to emerge from shame and violence with empathy, compassion, and the radical ability to endure together. This book changes everything."

Confessions of the Fox (2018)
Jordy Rosenberg
"A genre-bending, high-octane thrill from beginning to end . . . I couldn't put it down."

The Alehouse At the End of the World (2018)
Stevan Allred
"The Alehouse at the End of the World will take you on a fast-moving ride through sixteenth century farce with a present tense echo effect. Bard-like in its constellation of bird-gods and rough hewn characters tossed around like breadcrumbs, the epic voyage catches you between laughter and a tear forming at the edge of your eye. Like life does."
Visitors to this page also looked at these authors
Charles Todd
Luanne Rice
Brian Freeman
Allison Brennan
Robert Dugoni
Lily Tuck
Sophie Hannah
Laura Zigman
Adrian Tchaikovsky
Nan Rossiter
Brandon Taylor
Beth Morrey
Terry Goodkind
V C Andrews
Douglas Preston
Jonathan Kellerman