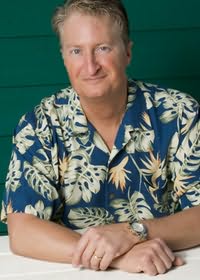 (b.1959)
Andy Andrews is an American author of self-help/advice books and a corporate speaker, known for his 2002 bestselling book The Traveler's Gift.He has written over 20 books and sold more than 3.5 million copies around the world. His books have been translated into over 20 languages. Andrews regularly speaks for corporations, organizations, athletic teams, and the U.S. military. Three of his books, The Noticer, The Traveler’s Gift, and "How Do You Kill 11 Million People?" appeared on The New York Times Best Seller List.Andrews has appeared on The Fox News Channel, Good Morning America, MSNBC, TBN, GBTV and CNBC. In his spare time, Andrews loves fishing and spending time with his family. Their favorite vacation spot is Peter Island, located in the British Virgin Islands.Andrews currently lives in Orange Beach, Alabama, with his wife, Polly, and their two sons, Austin and Adam.