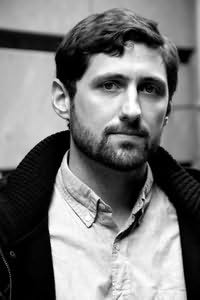 Phil Klay is a graduate of Dartmouth College and a veteran of the U.S. Marine Corps. He served in Iraqs Anbar Province from January 2007 to February 2008 as a Public Affairs Officer. After being discharged he went to Hunter College and received an MFA.

His story Redeployment was originally published in Granta and is included in Fire and Forget: Short Stories from the Long War. His writing has also appeared in the New York Times, Newsweek, The Daily Beast, the New York Daily News, Tin House, and The Best American Nonrequired Reading 2012.

Into the Sun (2016)
Deni Ellis Béchard
"Into the Sun is a ferociously intelligent and intensely gripping portrait of the expatriate community in Kabul?the idealists, mercenaries, aid workers, and journalists circling around a war offering them promises of purpose, redemption, or cash, while the local Afghans in their orbit negotiate the ever-changing and ever-dangerous politics of the latter stages of the American war in Afghanistan. Brilliant."

Spoils (2017)
Brian Van Reet
"Brian Van Reet's beautiful, intense, and at times disturbing novel Spoils traces the motivations and desires of combatants on both sides of the Iraq War, showing us what happens when increasing violence and chaos start to warp the choices they're able to make."

The Confusion of Languages (2017)
Siobhan Fallon
"A gripping, cleverly plotted novel with surprising bite. Fallon carefully builds the cloistered world of two Army spouses living in the Middle East during the Arab Spring, a world whose edges and limitations we only start to glimpse as the two women spiral toward tragedy."

Red, White, Blue (2018)
Lea Carpenter
"Finally, the perfect spy novel for the post–9/11 era. Carpenter’s Red, White, Blue brilliantly evokes the world of American espionage in a time of crisis, as the struggle to fight terrorism conflicts with longer-term views of American interests and agents find themselves trapped within conflicting loyalties to friends, to assets, to family, and to country. Thrilling, provocative, and powerfully moving."

Burn-In (2020)
August Cole and P W Singer
"Wrapped in this propulsive thriller is a fascinating analysis of our possible near-future, where promises of a techno-utopia veer into surveillance-state nightmare. Cole and Singer brilliantly and terrifyingly imagine a realistic intersection of terrorism, technology, and policing."

Shiner (2020)
Amy Jo Burns
"Amy Jo Burns writes masterful sentences changed with all the beauty and rage and struggle of her characters. From the first paragraph to the last, Burns builds a vibrant and complex story of myths and miracles and moonshiners, as well as of the women who fight for their lives and their dignity as their future in a culture that all too often strangles all three. Shiner is a gorgeous novel."

Fire in the Blood (2020)
Perry O'Brien
"With Fire in the Blood's close observations of the psychology of men and violence, of the wide gulfs between New York City's social classes that can shrink to nothing in an instant, and its brilliant inversion of the classic mystery plot, Perry O'Brien has written a tremendously compelling debut of rare skill."