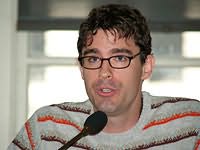 (b.1975)
Joshua Ferris's first novel, Then We Came to the End, won the Hemingway Foundation/PEN Award and was a National Book Award finalist. His fiction has appeared in The New Yorker, Granta, and Tin House, among others. His new novel, The Unnamed, was published in January 2010. He lives in New York.

Girl Trouble (2009)
Holly Goddard Jones
"Jones has a voice as expansive, complex, and beautiful as the country itself."

Pretend I'm Dead (2015)
Jen Beagin
"Pretend I'm Dead by Jen Beagin is like one of those old-fashioned classics by Charles Bukowski or John Fante or, more recently, Denis Johnson, a shambling, lyrical dispatch from the dive bars and the flop houses where the downtrodden, divested of hope, livelihood, good health, and any number of other markers of respectability, nevertheless retain full possession of their hearts and minds, their integrity, their souls, too, perhaps--and no one nearly as triumphantly as Mona Boyle, Beagin's heart-breaking hero & alter-ego. Rare is the encounter with such a frank and unflinching voice reporting from life on the edge, and rarer still the humor and compassion that Beagin manages to locate in some of the country's, and the psyche's, darkest corners. This book invaded my dreams, took over my conversation, and otherwise seduced me totally."

The Outside Lands (2016)
Hannah Kohler
"Outside Lands is a fine and moving portrait of family ties in wartime."

This Could Hurt (2018)
Jillian Medoff
"All too often, characters in novels live in that rarified novel-world where real-life concerns like jobs and bills and the sudden vital need for a flowchart simply don’t exist. Jillian Medoff remedies this with a refreshingly authentic portrait of corporate America and the varied souls that dream, conspire, flounder and triumph there, and this she does with a great deal of affection and charm. A very enjoyable book."

Rough Animals (2018)
Rae DelBianco
"A wild and alive debut, full of grit, gunfire, blood, and bad news. Rough Animals is as phantasmagoric as McCarthy and as pitiless as Jim Thompson. A rare treat."

The Wall (2018)
John Lanchester
"A dystopian distillation of our troubled times, and an allegorical glimpse at a still-grimmer future, The Wall reminds us that even as politics corrupts and destroys and presses on undiminished, the soul erupts in surprising places to act as counterpoint and resistance. This patient, direct, suspenseful novel is one such eruption, and a civilizing comfort amid the simmering bloodlust."

Antkind (2020)
Charlie Kaufman
"A full-throttled absurdist revolt against the constraints of the audience-tested mass entertainment, Antkind is unbridled Kaufman energy and wit coming up against the limits of the imagination itself: discursive, subversive, and genuinely funny."

Kings County (2020)
David Goodwillie
"Goodwillie captures the rapturous soul of a bygone Brooklyn: the songs, the sex, the bars, the youth! And then the churn of relentless change, the broken hearts, the crushing realities. But it is the searing burn of discovery that makes Kings County a true and continual delight."

Before You Go (2020)
Tommy Butler
"Hats off to that brave soul daring to write what might be called speculative literary fiction, and willing to venture answers to questions beyond even those of life & death. Tommy Butler’s debut novel Before You Go has a big beating heart and a mind all its own."

Homeland Elegies (2020)
Ayad Akhtar
"A triumph. Akhtar rages, he sings, he indicts, he falls in love, he sorrows, he dreams, he mourns, he transcribes! - and finally he transmutes injustice into the sublimest art."

White Ivy (2020)
Susie Yang
"White Ivy is magic and a necessary corrective both to the stereotypes and the pieties that too easily characterize the immigrant experience. Most pleasing of all is the story of Ivy Lin, a daring young woman in search of herself, and not soon to be forgotten."
Visitors to this page also looked at these authors
Dave Eggers
Jonathan Franzen
Don Winslow
Dennis Lehane
Jasper Fforde
James Hynes
George Pelecanos
Katie Fforde
Jeffrey Eugenides
Fannie Flagg
Michael Cunningham
Jonathan Safran Foer
Anthony Doerr
Jonathan Tropper
Gillian Flynn
Lyndsay Faye