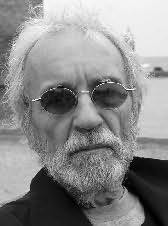 aka Thomas Altman, Campbell Black, Jeffrey Campbell, Thomas Weldon
Campbell was born in Glasgow in 1944 and educated at Sussex University where he obtained a BA degree. Three years after his first novel was published in 1968, he moved to the United States, where he taught creative writing. He lived there for twenty years with his wife and children, and produced twenty novels before moving to Ireland in 1991. He was in the front rank of modern thriller writers for many years, and his bestselling novels include the highly acclaimed Jig series.

Non fiction
All That Really Matters (2000)

Valley of Lights (1987)
Stephen Gallagher
"The author understands that real horror is best achieved in a setting of banality and Valley of Lights - with its unique relationship between spiritual predator and physical prey - thrives on the very ordinariness of things."