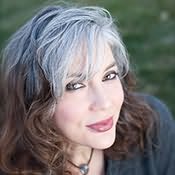 Shana Abé was born in Texas. She spent much of her childhood living in Colorado, with a brief stint in Mexico as a foreign exchange student, and, at age seventeen, lived in Japan as a model. Throughout her childhood, Abé wrote, completing what she calls "The Silliest Romance Novel Ever" during her free time during modeling shoots. Her writing focused on romance, as those were the types of books that she most enjoyed reading. She later attended college in Los Angeles, graduating with a degree in drama.
Her second novel, also a contemporary romance, took third place in a writing contest. She sent the book to several prospective agents, many of which responded with questions similar to "Nice voice — but what line are you writing for?" Unwilling to try to fit her writing into some of the rules that governed contemporary romances, Abé chose to concentrate on historical romances. For her first attempt at a historical romance, the newlywed Abé chose to tell the story of her own romance with her husband, set in medieval times. The manuscript was purchased by Bantam Books and published as A Rose in Winter.
Many of Abé's subsequent novels have also been set in the medieval time period. Abé chose the time period because of its "great sense of dichotomy....It inspires thoughts of grandeur, of courtly grace and chivalrous knights — but at the same time there's a gritty, raw aspect to the period that just cannot be denied."