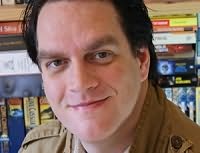 (b.1972)
Andy Briggs is a British author and screenwriter. He created the Hero.com series and the Villain.net anti-series for Oxford University Publishing, which have now been published around the world. A television movie is currently in development.Briggs career began as an uncredited writer working on story development for Highlander: The Series in 1991. Since then he has worked alone and with brother Peter Briggs on a number of projects, including the Stan Lee and Robert Evans Paramount Pictures project Foreverman. More recent television work has included story development for the Sci-Fi Channel, BKN Kids and Disney XD.

Non fiction
How to Be an International Spy (2015)