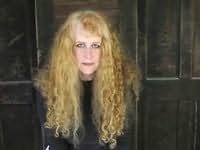 aka C E Lawrence, Carole Lawrence
Carole Buggé aka C.E. Lawrence has nine published novels, six novellas and a dozen or so short stories and poems. Her work has received glowing reviews from such publications as Kirkus, The Library Journal, Publisher's Weekly, Booklist, The Boston Herald, Ellery Queen, and others.

Her short fiction has appeared in numerous anthologies and magazines.

Winner of both the Euphoria Poetry Competition and the Eve of St. Agnes Poetry Award, she is also a Pushcart Prize nominee and First Prize winner of the Maxim Mazumdar Playwriting Competition, the Chronogram Literary Fiction Prize, Jerry Jazz Musician Short Fiction Award,and the Jean Paiva Memorial Fiction award, which included an NEA grant to read her fiction and poetry at Lincoln Center.
A finalist in the McClaren, MSU and Henrico Playwriting Competitions, she has read her work at Barnes and Noble, The Knitting Factory, Mercy College, Merritt Books, the Colony Cafe and the Gryphon Bookstore. She has received grants from Poets and Writers, as well as the New York State Arts Council. Her story "A Day in the Life of Comrade Lenin" received an Honorable Mention in St. Martin's Best Fantasy and Horror Stories, and she was a winner in the Writer's Digest Competition in both the playwriting and essay categories.

Her plays and musicals have been presented in New York City at The Players Club, Manhattan Punchline, Pulse Theatre, The Van Dam Street Playhouse, Love Creek, Playwrights Horizons, HERE, the Episcopal Actors' Guild, the Jan Hus Theatre, Lakota Theatre, The Open Book, The 78th Street Theatre, Genesius Guild, the 14th Street Y, and Shotgun Productions, as well as the Alleyway Theatre in Buffalo, The Bay Street Theatre in Sag Harbor, Actors and
Writers in Olivebridge, and the Byrdcliffe Theatre in Woodstock, New York.

Anthologies containing stories by Carole Buggé
Masterpieces of Terror and the Unknown (1992)
Angels of Darkness (1995)
The Resurrected Holmes (1996)
Don't Open This Book! (1998)