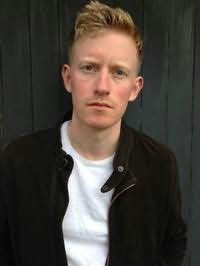 Ireland (b.1982)
Colin Barrett was born in 1982 and grew up in County Mayo. In 2009 he completed his MA in Creative Writing at University College Dublin and was awarded the Penguin Ireland Prize. His work has been published in The Stinging Fly magazine and in the anthologies, Sharp Sticks, Driven Nails (Stinging Fly Press, 2010) and Town and Country (Faber and Faber, 2013).

Born On a Tuesday (2016)
Elnathan John
"Elnathan John’s debut coming of age novel is a striking and unnervingly assured depiction of a complex and tumultuous world. John’s writing is controlled and lucid, full of compassion yet fiercely unerring."

Reservoir 13 (2017)
(Reservoir)
Jon McGregor
"Reservoir 13 is a masterfully paced and grippingly controlled read that finds the shadows, the wildness, in the ordinary heart of a community."

Normal People (2018)
Sally Rooney
"Sally Rooney is a writer going all the way to the top."

For The Good Times (2019)
David Keenan
"David Keenan's powerful and original new novel about the troubles is intense, violent, eerie, and grizzedly poignant."