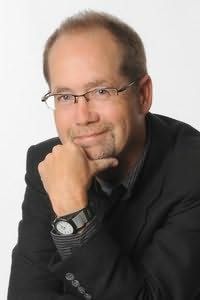 Daniel Boyd is an acclaimed filmmaker with dozens of films, including Chillers, Strangest Dreams: Invasion of the Space Preachers, and Paradise Park (aka, Heroes of the Heart) to his credit. A media studies professor at West Virginia State University since 1983, Boyd has also taught around the world including in Tanzania as a three-time Fulbright scholar.  Producing nearly every genre of film, Boyds television work has earned 3 national Telly awards and 2 regional Emmy nominations. He has recently expanded into graphic novel creation with Chillers The Graphic Novel  (Transfuzion Publishing), which was the 2012 Shel Dorph nominee for Original Graphic Novel of the Year, and Ghastly nominee for Best Horror Anthology.   Chillers 2  was released in 2013, and CARBON,  August 2014. Boyd also serves as Artist and Residence at WV State Universitys Economic Developments Center on Charlestons west side.