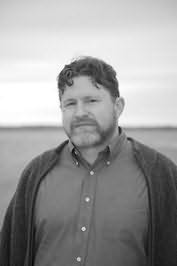 aka B K Evenson
Brian Evenson received an O. Henry Award for his story "Two Brothers" and has twice received O. Henry honorable mentions. In 1995 he received an NEA Fellowship; that same year he was told by Brigham Young University that if he continued to write fiction in the same vein as his first book, he would be fired. Instead, Evenson chose to leave of his own free will to teach at Oklahoma State University. He now teaches in the creative writing program at Brown University.

Man's Companion (2010)
Joanna Ruocco
"This is a marvelous sequence of linked stories deftly portraying those animals inside of us which long ago tracked down and ate our inner child. A wry book that combines the obsessive music of Lydia Davis and the stripped precision of Muriel Spark, Man's Companions is not to be missed."

Annihilation (2014)
(Southern Reach Trilogy, book 1)
Jeff VanderMeer
"The great thing about 'Annihilation' is the strange, elusive, and paranoid world that it creates . . . I can't wait for the next one."

Mormama (2017)
Kit Reed
"Through a chorus of living and dead voices, all of which know something but none of which know everything Mormama offers the story of a family trauma that has come to infect a place. A terrific story that keeps youon your toes to the very end."

In the River (2017)
Jeremy Robert Johnson
"Johnson writes with an energy that propels you through some very dark spaces indeed and into something profoundly unsettling but nonetheless human."

Sip (2017)
Brian Allen Carr
"Sip reads like what might happen if Cormac McCarthy dropped acid and then hallucinated a science fiction novel. Half post-apocalyptic disaster, half weird Western, Sip's a blood-slick trip that's nonetheless humane at its core."

The Prague Sonata (2017)
Bradford Morrow
"The Prague Sonata is a mighty, epic novel that only Bradford Morrow could have written. Moving from New York to Prague to London and beyond, it is a major and compelling work about the persistence of a smart, determined woman with a real commitment both to music and to truth."

Where the Dead Sit Talking (2018)
Brandon Hobson
"Where the Dead Sit Talking is a tender and unflinching look at shell-shocked young lives as they try in the eddies of foster care to keep their heads above water. Hobson writes with a humane authority but without giving his characters any alibis. What we have instead is a careful look at what it means to be physically and psychically scarred, abandoned by parents, Native American in a white world, haunted by death, and on the verge of becoming an adult. A wonderful, harrowing novel."

In the House in the Dark of the Woods (2018)
Laird Hunt
"A wonderful, luminous, sly tale that orbits around a very grim core, growing darker and darker as it goes."

In the Night Wood (2018)
Dale Bailey
"Elegantly written, In the Night Wood paints a moody portrait of a marriage threatened by betrayal and loss over the backdrop of a strange wood, mysteriously vanishing children, the legend of a horned king, and a children’s story that might be more than just a story. Bailey builds his world with great care, slowly and carefully drawing both you and the characters in, revealing some pieces of the puzzle only gradually. By the time you realize where the story is going, he’s already hooked you: you couldn’t escape even if you wanted to."

Jesus and John (2020)
Adam McOmber
"Beautifully written, heretical, and profoundly humane, this is a book about destabilizing one's entire sense of reality and revealing the unreal lurking within."

Night of the Mannequins (2020)
Stephen Graham Jones
"Stephen Graham Jones's range and his understanding of horror in fiction and film is staggering. In this novella he juggles--sometimes in very sly ways--slasher stories, coming of age horror, traditions of madness and unreliability, and Kaiju to create an amazingly speedy, voice-driven read that's tons of fun. Each new book of his gives his own take on a different facet of horror, and together they all add up to something really expansive and original."
Visitors to this page also looked at these authors
Stephen Graham Jones
B K Evenson
Azareen Van Der Vliet Oloomi
Jeff VanderMeer
Neal Stephenson
Simon Brett
Sabina Murray
Eleanor Kuhns
Darcy Coates
Joanna Schaffhausen
Avery Bishop
Rémy Ngamije
A K Blakemore
Anthony Veasna So
Ashley Nelson Levy
Gabby Allan